Leviticus 20:24: “But I [the LORD God] have said unto you [Israel], Ye shall inherit their land, and I will give it unto you to possess it, a land that floweth with milk and honey:  I am the LORD your God, which have separated you from other people.”

On April 18, 2020 there was a special six-hour Concert called: “One World:  Together at Home.”  There were hundreds of performers who sang and talked about the COVID-19 that had sprung up throughout the world. This television special was put on between Global Citizen and Jewish singer-songwriter Lady Gaga, which benefited the World Health Organization’s COVID-19 Solidarity Response Fund.  Jimmy Fallon, Jimmy Kimmel, and Stephen Colbert were the hosts of the show.

Looking up Steve Colbert on Wikipedia, it says that he was reared as a devout Roman Catholic.  But he seems as devout a Roman Catholic as President Biden; for he doesn’t believe many of the doctrines of the 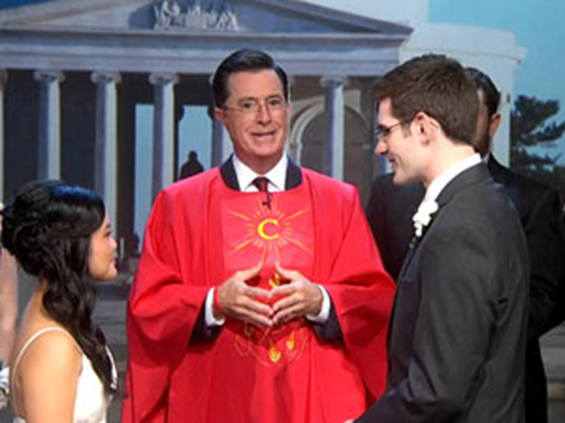 Catholic Church, including being against aborticide and birth control.  He is the host of the Emmy Award-winning Colbert Report on Comedy Central, top selling author, and host of the Late-Night Show on CBS.   And then surprisingly it said that he is one of the many popular celebrities to be ordained as a minister of the Unification Life Church.  Being an ordained minister, he took his new ordination and used it to officiate a wedding on his television show.  The wedding couple, Mike Cassesso and MaiLien Le was unable to marry at the Jefferson Memorial, so Stephen Colbert decided to act and officiate their wedding.  Nothing was said that this was a miscegenated wedding.

Looking up the Unification Life Church, it is an online “multi-denominational religious organization” that allow members to become ordained and perform functions that any minister can, like weddings and funerals.   On their website, it says that its founder, Kirby Hensley, personally believed in:

None of these beliefs were doctrinal to the ULC, which allowed members to follow their own doctrines.   Currently, Tennessee and Virginia (and sometimes Alabama, New York, Pennsylvania, and Utah) don’t recognize ministers ordained through websites like the ULC.

From the universallifechurchminister.org website, here are a few of the following celebrities who are/were ordained ministers, besides Stephen Colbert:

And that is just a few.  This concert special was also simulcast on select U.S. cable television networks, streaming platforms, and international broadcast networks.  The special was broadcast on CBS, ABC, NBC, as well as other global networks and platforms.

Some of the artists who performed or who addressed the audience during the show:

Ezekiel Emanuel, a former Biden aide on COVID-19, grew up with his two younger brothers in Chicago, but spent summers with them in Jerusalem, Israeli.   One of his brothers, Rahm Emanuel, who was both Clinton’s and Obama’s aide, Illinois state representative and other offices, later became mayor of Chicago, Illinois.

Emanuel’s’ paternal grandfather was a Moldovan Jew who emigrated from Bessarabia. The surname Emanuel which means “God is with us”, was adopted by their family in honor of his father’s brother Emanuel Auerbach, who was killed in 1933 in an altercation with Arabs in Jerusalem.

Ezekiel’s and Rahm’s mother, who was a nurse and psychiatric social worker who was raised in Chicago’s West Side, was active in civil rights, including the Congress of Racial Equality (CORE).

The Congress of Racial Equality was founded in 1942 by an interracial group of University of Chicago students. CORE pioneered key tactics of the modern civil rights movement, using sit-ins and other forms of civil disobedience to challenge segregation. Winning victories in northern cities in the 1940s and 1950s, CORE became active in the South with the lunch counter sit-ins of 1960. The following year CORE organized “Freedom Rides,” sending black and white students south to disrupt segregated interstate bus service. Drawing much of its membership from college campuses, CORE kept up civil disobedience campaigns in the North as well as the South.

The Communist Party of the United States was established in Chicago in 1919 by left-wing Socialist Party members who were inspired by the Bolshevik revolution.  Through 1923, their members seemed to do little else but disagree over internal questions facing their organizations.  Between 1928 and 1935, however, Chicago’s Communist Party experienced its first exponential growth in membership, tens of thousands turned out for Communist rallies and the city’s Communists developed lasting structures in its neighborhoods and factories.  In these years, Communists learned to work with liberals and non-Communists: they developed successful organizing tactics and fought for workers’ rights, racial equality, unemployment relief and against imperialism.  Party members believed that capitalism had moved into its “Third Period” of development and that capitalism’s collapse and imperialism’s end were certain.  To that end, Communists centered their activism on speeding the system’s ruin by exposing the problems capitalism created, helping workers understand class conflict, fighting for racial justice, and exposing liberals and other non-Communist leftists as “social fascist” betrayers to the workers’ cause.

No wonder so many politicians come from Chicago.  They were Communists.  Ezekiel’s mother briefly owned a local Rock & Roll Club and later became an adherent of Benjamin Spock’s writings.

Spock wrote a book on childcare that sold almost as many books as the Bible in its first five years.  The book was criticized by colleagues for propagating permissiveness and an expectation of instant gratification.

Spock studied psychoanalysis, which was invented by the Jew Sigmund Freud.  Benjamin Spock ran for President of the United States as the People’s Party nominee in 1972.  He campaigned on a maximum wage, legalized abortion, and withdrawing troops from all foreign countries.  He ran for Vice President in 1976 with a colored woman who ran for President.

After that brief introduction to Ezekiel Emanuel’s ancestry, we will look at one of his many writings:

“This means colonoscopies and other cancer-screening tests are out—and before 75.  If I were diagnosed with cancer now, at 57, I would probably be treated, unless the prognosis was very poor.  But 65 would be my last colonoscopy.  No screening for prostate cancer at any age. … After 75, if I developed cancer, I will refuse treatment.  Similarly, no cardiac stress test.  No pacemaker and certainly no implantable defibrillator.  No heart-value replacement or bypass surgery.  If I develop emphysema or some similar disease that involves frequent exacerbations that would, normally, land me in the hospital, I will accept treatment to ameliorate the discomfort caused by the feeling of suffocation but l refuse to be hauled off.

What about simple stuff?  Flu shots are out.  (2014).  Certainly, if there was to be a full epidemic, a younger person to live a complete life they are to get the vaccine or any anti-viral drug, but I won’t [get the vaccine].”

“…Michel Martin speaks with Dr. Zeke Emanuel about President ‘Biden’s new call for vaccine mandates and why he [Ezekiel] thinks those mandates are needed at this point in the pandemic.’

What?  Emanuel said seven years ago that he wouldn’t take any flu shot, then in 2020 he stated that not only that he would take one but was in favor of Biden’s mandate. 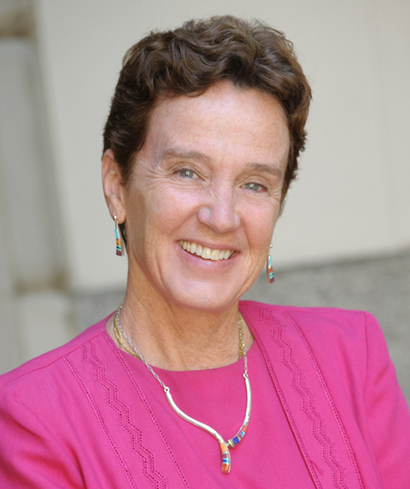 He worked on Biden’s COVID-19 team, but before that he worked closely with a woman named Christine Grady.  They wrote several papers together.  The papers were about how we used to be in a Post Consent Informed Era.  But now we’re past that.  We are in something called Community Partnership – where people should be expected to do things for the good of the whole.  Christine Grady head the National Institute of Health (NIH); Bioethics Department, and the Department of Human Experimentation.  And who is Christine Grady?  She also happens to be Anthony Fauci’s wife…

At the Golden Globes ceremony, Oprah’s speech about female empowerment and the Time’s Up movement led many to call for her to run for president in 2020.  But Seal, whose real name is Henry Samuel, ex-husband of Heidi Klum, accused Oprah of knowing about Harvey Weinstein’s sexual misconduct.  There are hundreds of photographs of the two of them, Oprah and Harvey, taken together.

In a recent Instagram post, Seal accused Oprah of knowing about  Harvey Weinstein’s predatory behavior towards young women “for decades” and doing nothing about it.  When the allegations of Weinstein’s history of sexual abuse and harassment came to light in late 2017, Winfrey posted on her Facebook, saying, “I’ve been processing the accounts of Harvey Weinstein‘s hideous behavior and haven’t been able to find the words to articulate the magnitude of the situation.”

But there is even more. Oprah in 2013 went to Brazil and spent some time with John of God.  John of God is spiritual medium.  John of God is a man with no medical degree and little formal education.  Yet the controversial faith healer performs surgeries to help the sick and dying.

Who is John of God?  His body incorporates the spirits of deceased healers.  These healers whom John of God calls entities are the one’s performing the surgeries.

But John of God was arrested for running a child sex slave farm.  He kept teenagers as sex slaves and sold their babies for up to 40,000 pounds before shipping them from Brazil to Europe.  For decades John of God attracted crowds with his alleged faith healing powers, at first capitalizing on local spiritualist beliefs but soon riding the wave of New Age spirituality to cater to personalities such as Oprah Winfrey and performance artist Marina Abramovic.

John of God, whose real name is João Teixeira de Faria, was also arrested after being accused by hundreds of women (over 600 including his own daughter) of sexual crimes perpetrated during healing sessions and other places....